GNS trusts in the Silent Brick System from FAST LTA

For more than 40 years, GNS (Gesellschaft für Nuklear-Service) has offered reliable and efficient solutions for nuclear waste disposal during the operation and decommissioning of nuclear power plants and nuclear facilities. In addition, comprehensive solutions are offered for all phases of decommissioning and dismantling of nuclear facilities. This work must be comprehensively monitored and documented in an audit-proof manner. Until now, archiving has been carried out on tape drives that are complicated to handle and limited in their capacity. GNS therefore decided to replace the tapes and other archiving systems with the Silent Brick System from FAST LTA, which led to a considerable simplification of the archiving processes. The introduction was carried out in cooperation with the IT system house CEMA, which is a partner of FAST LTA and has been advising GNS for many years. 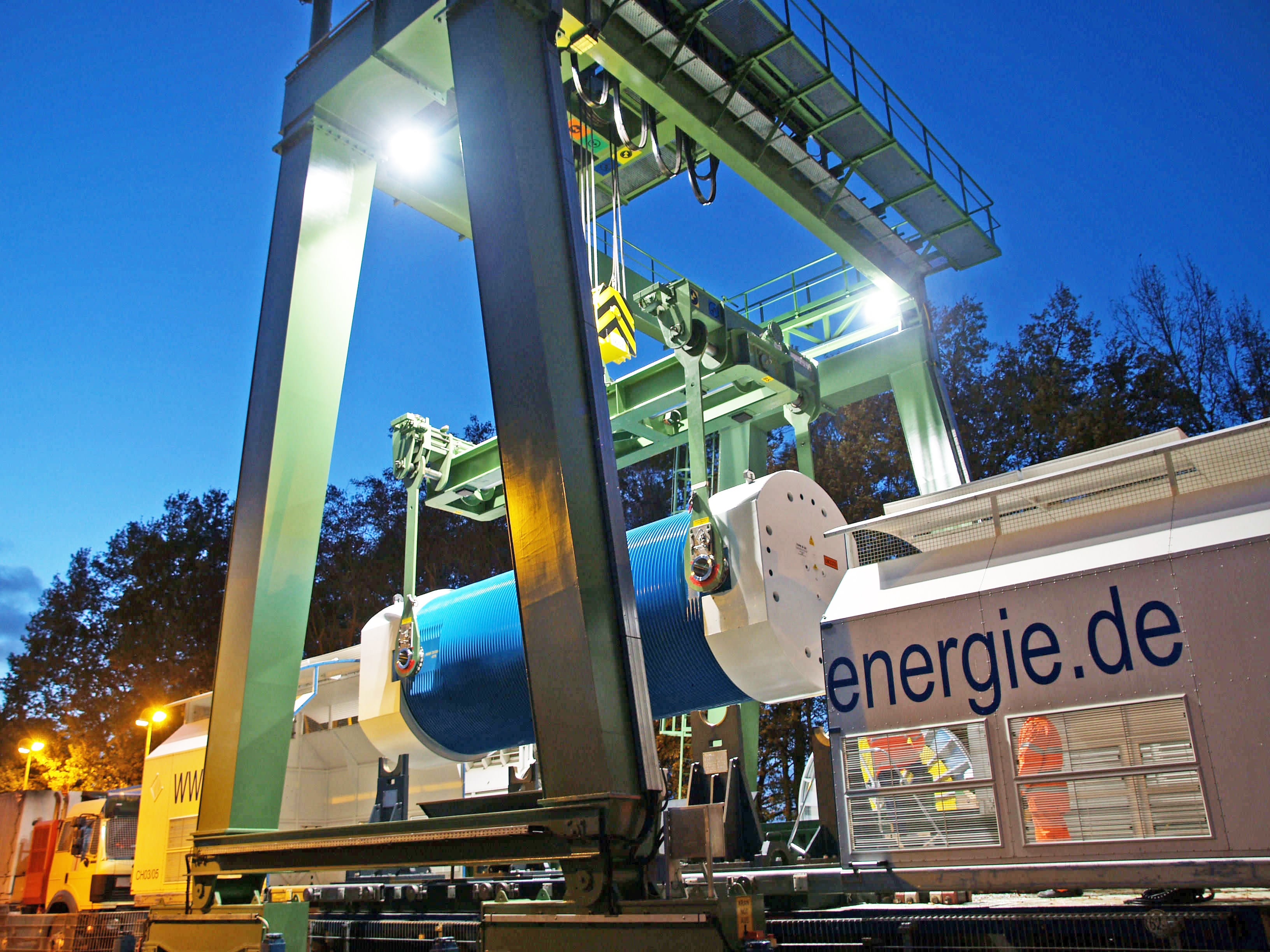 Safety is the top priority in the disposal of nuclear waste. The CASTOR containers developed and produced by GNS play a decisive role in the transport and interim storage of highly radioactive waste. Of this type of container alone, 1,500 have already been loaded and stored worldwide. They are designed to withstand even extreme external impacts, such as transport accidents, fire or an aircraft crash. They thus meet the high requirements of the internationally recognized hazardous goods criteria of the International Atomic Energy Agency IAEA. At the same time, the containers, which usually weigh more than 100 tons, must safely contain their radioactive contents at all times, sufficiently shield the radiation emitted, reliably dissipate the heat generated by the waste and rule out the possibility of a renewed nuclear chain reaction. The fact that they can do this must be proven mathematically and practically during the design and approval process as well as for each use of the containers.

During the calculations and measurements, a large amount of data is generated for each design and for each individual container, which must also be checked and approved by experts and authorities as well as documented and archived. This includes, for example, data from ultrasonic tests during the production process as well as calculations relating to the loading of the containers. GNS is subject to nuclear law obligations and obligations to provide evidence, which often extend over several decades. As a rule, calculations have to be archived for 15 years in an audit-proof manner in order to comply with the legal obligations to provide evidence. In addition, the storage obligations under commercial law of 10 years must be complied with.

For Daniel Schlick, head of the IT applications department at GNS, it became clear that the existing, tape-based archiving systems and processes could no longer cope with the growth in data. In addition, it was complicated and time-consuming to access the archived data again. The calculation and measurement data from design and production alone accounted for approximately 50 terabytes. In addition, 7 TB of data of the e-mail journal and document archive to be archived were added from the EASY Archive Exchange software. A constant, exponential growth in data volumes is expected in the coming years. “For the foreseeable future, the amount of data we need to archive could no longer be handled with tape at reasonable expense,” says Daniel Schlick looking back. Together with the IT service provider CEMA, he therefore thought about what the expected scenario might look like at an early stage. Markus Lechtenbrink, Senior IT Consultant at CEMA and responsible for GNS as a backup and archiving specialist, therefore presented the Silent Brick System from FAST LTA. “We were particularly interested in the archiving and information processes, which, with the previous solution for GNS, were time and cost intensive. We therefore quickly realized that we would have to replace the tape system, but still remain comparable on the cost side,” says Markus Lechtenbrink. “Only with the Silent Brick System from FAST LTA, this is possible within a reasonable price range while being hard disk-based and yet flexibly expandable,” Lechtenbrink continues. The support that FAST LTA promises for 10 years was also an important criterion for GNS. The integration was carried out in close cooperation with the specialists from FAST LTA and CEMA and effectively took almost 4 months.

Silent Bricks convince through their flexibility

“Our experience with the introduction of the new system was positive throughout. We were particularly impressed by the expandability and modularity,” says Daniel Schlick. This allows the archive systems to be expanded and used flexibly with almost no limits. The Silent Bricks are available as rewritable data storage with HDDs or SSDs, as well as with optional WORM sealing, making revision-proof archiving possible. Access to the data, however, is as fast as one is used to with hard disks. After the measurement and calculation data has been archived on the Silent Bricks WORM, the measurement data is now followed by the measurement data from an ultrasonic testing system. In the future, additional document archives from the DMS system are also to be stored there. Daniel Schlick also sees the Silent Bricks as a media archive for long-term video files, since the flexible use and speed aspect make this possible.

“FAST LTA’s solution approach convinced us, and the service is first-class,” says Daniel Schlick happily. He sees a further future field of application in the installation of several WORM pools, which are also possible with the Silent Brick System, and which allow automatically replicated archiving distributed over several fire compartments.

Challenges:
The GNS Group is a specialist in the disposal of high-level radioactive waste and spent fuel elements from nuclear reactors, as well as in the safe processing, packaging and storage of low- and intermediate-level radioactive waste and residual materials resulting from the operation of nuclear power plants. These operations must be comprehensively monitored and documented in an audit-proof manner for up to 15 years. Archiving by means of tape drives had reached its limits and was too complicated to handle. In order to be prepared for the exponential growth of data in the coming years, a new solution had to be introduced that could be expanded flexibly, but had to remain within reasonable limits on the cost side.

“For the foreseeable future, the amount of data we have to archive was no longer manageable with tape at a reasonable cost.“
Daniel Schlick, Head of Department IT applications 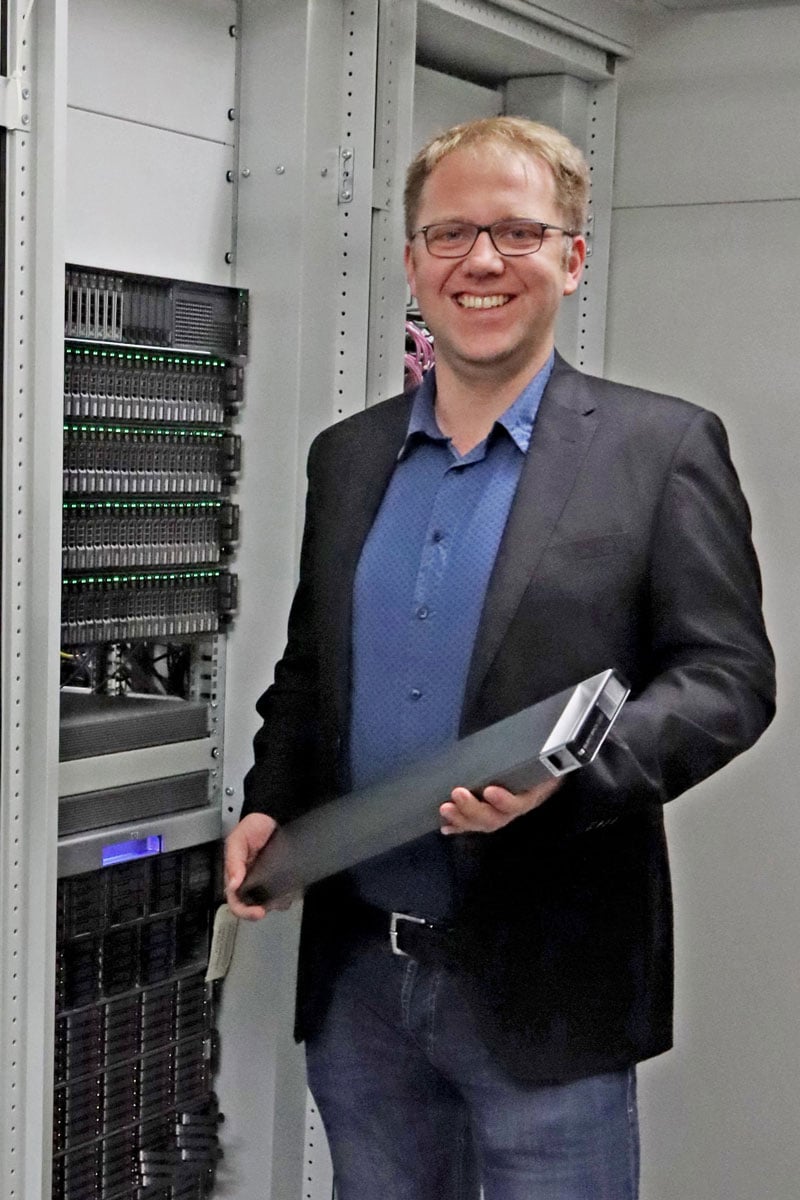 FAST LTA specialises in long-term data storage. Our certified storage solutions have been expressly and categorically developed for the secure, cost-effective, long-term safeguarding of digital data.
Our core technology is a pat.pend. WORM hard disk controller which uses a special coding algorithm and audits all data on a regular basis.

FAST LTA has been certified according to ISO9001 and meets highest quality standards.

Leave us a message and we (or one of our certified sales partners) will come back to you as soon as possible.